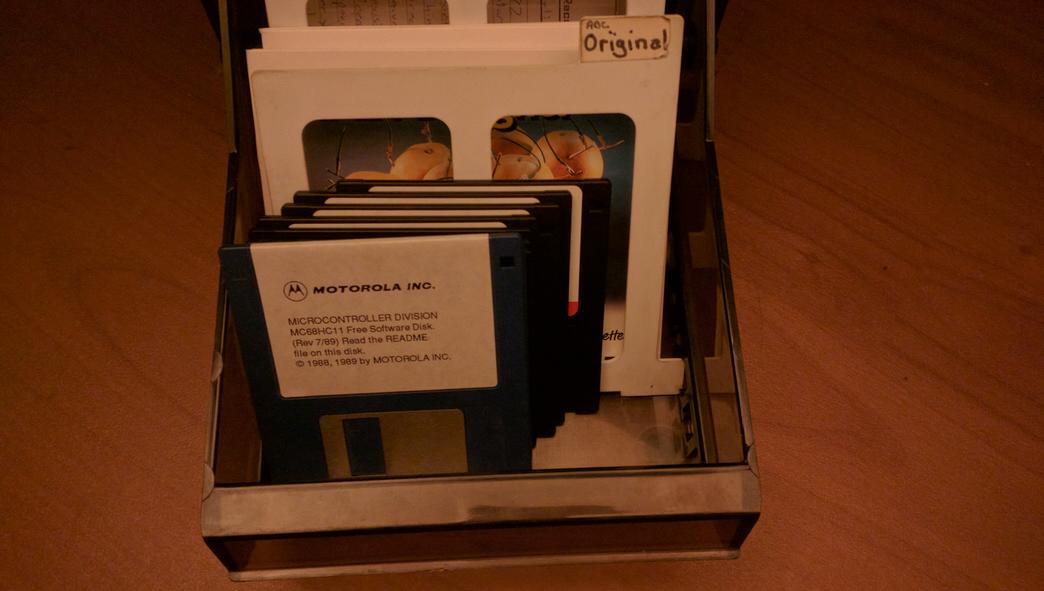 I previously posted this in 2016 and posting the article again as the details are still valid today.

In Atomic Floppies we see how a critical part of the national defense infrastructure rests on 40 year old, 8" floppy drives and disks (I’m guessing the actual disks are a little newer). The first question that comes into my head for a story like that is how long can that data be held reliably on the disk.

All of our spinning magnetic media (floppies and hard drives) encode data by varying the magnetic field on different parts of the the disk media (platters for a hard drive). The data is stored in rings, so as the disk spins a stream of data can be read or written. By changing the magnetic head’s distance from the center of the spin, different rings can be worked with. Each of these were called tracks. 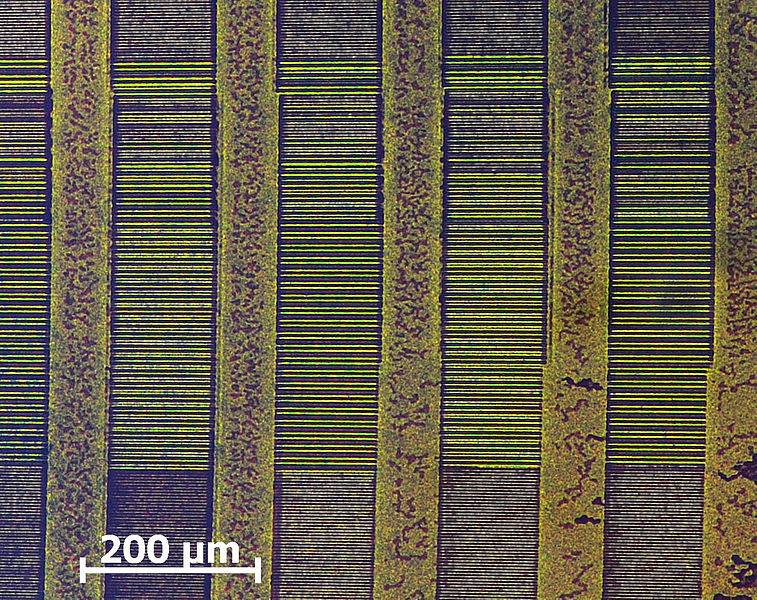 Visualization of magnetic info on floppy from wikipedia by Matesy GmbH

The floppy media was problematic enough that a CRC error on playback was often fixed by just re reading the data. While CRCs are great for finding errors, this was not a good sign of a robust design.

So what might cause this encoding to degrade over time. First off, there is the environment. The most obvious is exposure to magnetic fields. The older magnetic medium was quite easy to alter with weak fields that can be found in everyday appliances. We have stopped worrying about this so much that many modern devices (phones, tablets and laptops) use magnets to detect different positions or arrangements. For floppies limited exposure could cause the encoding to drift or change causing playback errors. Most people my age learned to fear magnets near computers for this reason. Many still have this fear.

What if we locked the floppies in an isolated area? That could prevent the introduction of errors from magnetic fields, but there are other potholes in the road. First off is magnetic remanence decay, which is a weakening or drifting of the magnetic field in a region of the media. This is a problem that has plagued tapes for decades, and floppies have large boundaries between tracks and long symbols that reduce this risk. The higher the density of the media, the larger probability of decay based corruption. In the late 80’s some models of hard drives would loose their data when exposed to large temperature swings which may have been due to this effect and exposure to motor magnets. A format would fix the device, but obliterate the data.

Another problem that some floppies inherit from tape is the decay of the binder material that holds the magnetic particles on the plastic substrate. Cheaper disks could suffer from this, but there is little evidence of this happening during the peak of the floppy disk. The lack of evidence is probably a combination of quality binder changes from high end tape being used in floppies, and the relatively short time frame that each floppies was used.

So the answer for the longevity of floppies is unknown, but not with a highly positive outlook. Authorities vary on the accepted lifespan. Many talk about a 10-20 year lifespan, while others talk about an indefinite time span. I think the criteria for judging the useful life was never specified before testing and scientific rigor has not been applied to the problem. Useful lifespan has to be measured in the time before a specified probability of data corruption is an expected outcome.

By my personal experience I can give this observation. Most disks can still be read 30 years after they were last written. The failure rate I have encountered was somewhere around 10-15%, but there is no way to tell why or when each of those disks failed. That isn’t bad for me getting old documents, pictures and programs off of the media, but it is piss poor for archival purposes.

Even if the media could last indefinitely, the mechanism to read it requires precise manufacturing for the magnetic head, custom electronics to read the signal and decode it into binary data. Positioning and speed of rotation have to be precise to reduce the error rate. With a magnetic head on a linear stepper or solenoid, high speed analog sampling could turn reading floppies into a software problem. While not insurmountable, I would not want to build the recovery system to get something between 70K and 1.4MB of data at time.

My advice is to get your data off of floppies while you can. There are a half dozen reasons that you are playing chicken with loosing it forever.