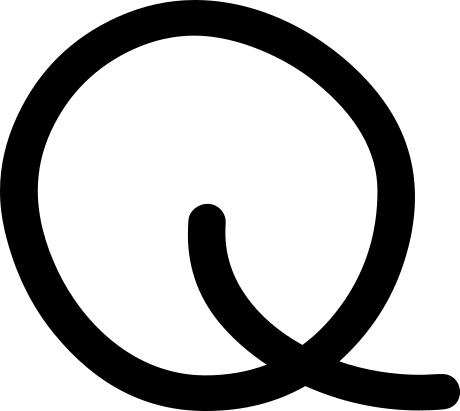 If you know me even a little bit you know I’m not a participant in social media. I don’t have a Facebook account. My presence on Twitter is minimal and I never enjoy reading the feed. For the other social media outlets I may not even be able to tell you what their name is reliably (Instachat and Snapgram, right?). In general social media is not a thing for me and I’m guessing I’m not a thing in it’s eyes either.

People are often surprised when they run across me on Quora though. Not only do I have an active account, I’ve had a very active account over the last few years. I’ve written over 1300 answers and they have been viewed a few million times. I do look over some feeds here and there and will pick a story or two out of the daily digest. I’m probably not the ideal user as I don’t consume as much as I create, but I think Quora likes what I create there.

I’ve had to ask myself that. There are people that say everyone has a social media outlet that clicks with them, you just have to find it. Quora was an interesting concept when I first ran into it. Crowd sourcing answers to question, or more like a FAQ for the world. That is something I could get into much like Wikipedia. There seemed to be a lot of signal compared to the noise elsewhere on the Internet.

I almost skipped and dropped Quora every time they pushed me to have a Facebook account. Each time I found a way around it. Writing answers helped me practice writing (much like this exercise does) and clean up my skills. The questions were ones that interested me and that I normally knew something about and could productively contribute on. Finally, I actually enjoyed doing it during certain times of the day. Normally I would get a few requests to answer questions while walking my dog and I would answer them until I got back to the house. My dog didn’t mind.

Over the years I have been intermittent in my answering. Some of the drops in contributing have been from things Quora has done that I don’t care for (tighter linkage to Facebook being one of them), others have been I just wasn’t in a mood to do it for a while. There have been times where my answering rises dramatically. Mostly this has been from good questions (bad questions turn me off and there are plenty to go around). Some of the increases have been when I latched onto their gamification of the site. None of that was worth it though. Getting a top writer tag used to come with some nice rewards. When I got it there was a free subscription to the New Your Times (that I never ended up getting). In the end it was an icon, wow.

I ask myself that a bit, and more these days. The original concept of Quora to populate the Internet with good answers to questions is not what it used to be. As Quora is trying to increase profitability they have made some changes to promote things I don’t like and really is increasing the noise on the channel.

First off, there seems to be an ongoing increase in partisan questions, answers and comments that do no one any good. If person A yells a point that is offensive to person B they just alienate more and the likelihood of civil discourse just evaporates. Bad for society in every way, shape and form. No one is worse about it than Facebook, but Quora seems to be getting worse, or more accurately following Facebook’s example.

Second, the questions are getting more inane. There were always the ones that I call “do my homework” that were pulled straight off someone’s school work. Those have increased a lot. Some others were “What is the best Y in 20XX” types. You asked me to answer that in each of the 5 past years and the answer hasn’t really changed. These weren’t too bad and the social guilt from the answers I think did as much to minimize the problem as anything else.

A few years ago Quora introduced a partner program. You could get paid to add questions or find people to get better answers from. That $1000/month I guess was appealing to a lot of people. Now it is quite common to get questions that look like word salad from other questions. Some of them are so bad it is not even a concept that can be answered. A large portion of the questions I get are asking highly specific questions that make no sense at the level they need to be explained at. I’m sure there are metrics at Quora that are saying this is a huge win, but they need to look more closely. While a good idea in principle, they are paying some people to pump sewer waste into the park. Unintended Consequences anyone?

Now many of my answers start with me complaining that the question isn’t really correct or often nonsensical. Great way to increase the public discourse, but I feel I have only one other choice of not answering at all. I’m defaulting more and more to not answering.

I keep thinking that since I restarted this blog that answering on Quora was taking away from it. Quora offering a blog hosting option kind of reinforces that. In the end it doesn’t. I’m not going to write these blog posts while walking the dog. They require more concentration and focused thought. So even the time doesn’t overlap or conflict.

There is another way to look at it. I have tried over 1300 blog topics in another forum and I have good statistics for what works and what doesn’t. Overall that has improved my writing but I think it also informs me what is popular. Quora wants to be the destination for questions on Google, but nothing says my best questions can’t be here instead. The only limiting factor is that Google will promote my answer on Quora to the top while the same language here will be in the hinterlands of the 3rd or 4th page if I’m lucky. It will take time to make this show up higher. In the mean time I can help people and improve my writing skills along the way. Win Win.