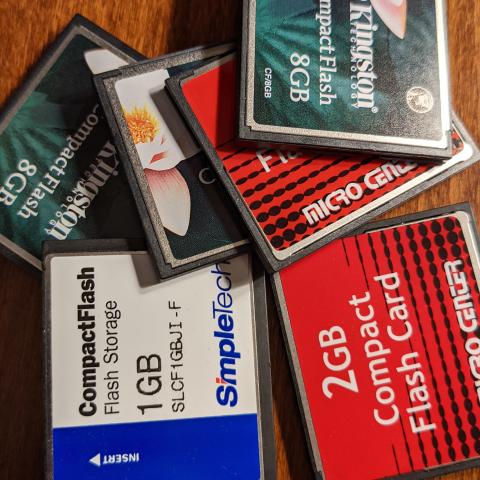 I really don’t like the feeds on social media. I joined Twitter purely for this blog and it is rare that anything there is more than noise to me. That’s why I did not install the app on my phone and I only check it with relation to this blog (which is not really worth it either).

Last night I checked for messages (none) and saw a post from “Latest in space” that had been plopped in front of me. Here is the screen shot. 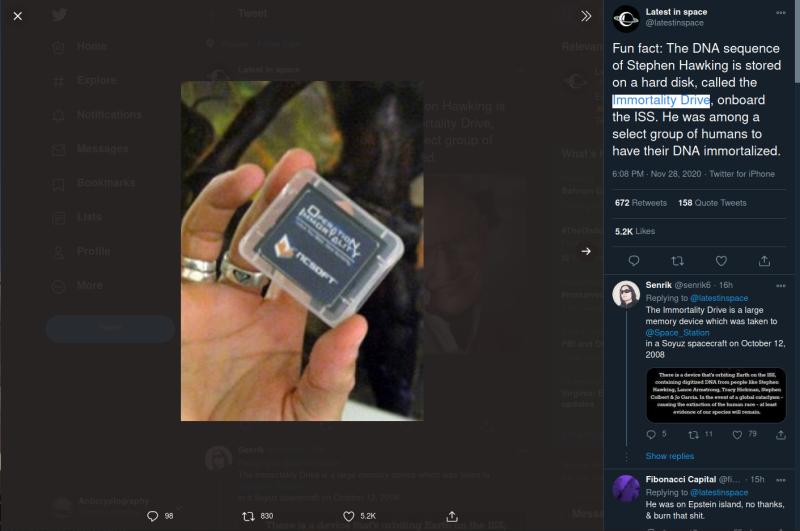 There is much here for me to want to talk about, but why had I never heard of this before? A drive taken to the International Space Station in 2008 to preserve DNA and cultural information seems like it should have been big news to me at the time. I put on my digging hat and got to googling.

Looking at the picture it looks like a CF card. I could not find any details on the card itself. Different versions of it are held up in grainy photos or video with different logos on it. All of the logos have something to do with either a gaming company or one of their games. More on that later.

CF cards were a common format for compact flash storage (thus the CF). It was common to see them used in high end cameras up until very recently. The card itself was not compact by today’s standards, but packed some performance and versatility when it was introduced 1994. The edge was a row of holes for pins in the host device that emulated parallel ATA (PATA) hard drives, also known as IDE drives. The connector also allowed lesser devices to fall down to simpler interfaces such as 16 bit PC card (AT bus) or a serial interface. What should be scary is that among those 3 the serial bus may be the easiest to work with today. The format is not a good one for archives.

There was an update to a Serial ATA (SATA) interface called CFast in 2009, but the drive seen above went into space in 2008 so it is very unlikely to be the newer standard. Even if it was CFast the interface has seen so little buy in it might be harder to work with than the ancient PATA version.

CF cards had many different versions. Upgraded buses to keep up the speed, 2 different thicknesses and many sizes. What we are concerned with is the 2 types of storage, magnetic and solid state flash. Neither of these are good choices for CF longevity even if we could solve all of the other problems.

Magnetic was just a shrunken spinning hard drive. IBM built a number of these to show how their process for drives could scale. Other manufacturers built some of these for the high end camera market, but it never became popular as flash became viable. These were a neat feat of engineering allowing for higher densities than early flash. I have one running around somewhere as an interesting historical item. The problem is that the drive fails the same way all spinning media does, and might fail more easily (I haven’t tested it). Bearings lock up, heads bang into platters and air can get contaminated with dust and other particles that foul the head surface junction. We know a lot more about larger drives surviving for a decade or more, but no one really views either as a long term archive option. 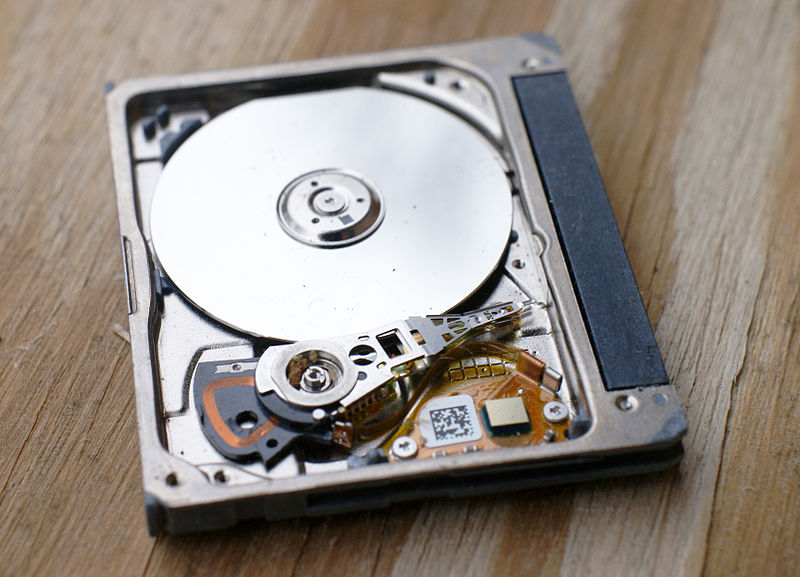 While the magnetic micro drive in Figure 2 is so cute, the majority of CF cards were flash storage. The same basic technology in USB thumb drives and SD cards. Flash is an interesting technology that revolutionized solid state storage in the 90s. Before flash, CF and PCMCIA (a larger earlier option) needed a small battery to keep the contents alive. If you didn’t replace the battery fast enough your data started to corrupt until it was gone.

Flash used a manufacturing technique that was closer to Erasable Electrically Programmable Read Only Memories (EEPROM). EEPROMs were programmed by pumping charge into a capacitor on the gate of a MOSFET. If you look at MOSFETs the gate current is often smaller than the package leakage. Those capacitors could hold a readable charge for over a decade. EEPROMs were erased by exposing the chip to UV light that raised the leakage and drained the capacitor. Flash came up with a mechanism to do roughly the same for small blocks of those cells at a time using controllable electronic circuits. With some juggling you could treat it as read/write rather than read only storage.

Flash can wear out. The channels start to experience small errors after thousands to 10’s of thousands of erasures. Some modern designs raise that limit, but it is still a problem. A bigger problem for archival use is the charge in the cell. That charge is slowly leaking out. After some amount of time the charge in any given cell might be impossible to tell a 0 from a 1. It might only happen one in a billion times after 5 years, but some of those cards have 64 billion cells rolling those dice. It isn’t a matter of if it will happen, but when.

The drives themselves have some error detection and correction built in to them for this reason. All error correction has a maximum number of errors it can deal with. As time moves from 5-10 years the risk of data loss grows higher. You could rewrite the charge in the cells, but now you might be triggering the wear failure mode of flash. Mix in high energy particles that are common on the ISS and I would be surprised if that immortality drive is still readable 12 years later. I guess it is more designer ballast and good intentions now.

So what were they preserving? The tweet talked about the genetic code of Stephen Hawking. So we have a numerical recording of ALS, because the life experience is probably more important than his genome. Digging a little further I find references to the genome of a pro wrestler and playboy model (in both of those cases their fame may be more related to their genes than Dr. Hawking’s was). Dr. Hawking was rubbing some elbows there, but definitely not those of his peers.

There are quotes about polls and messages being taken through a gaming interface. I’m sure there is a anthropologist somewhere in the future that would love to see that data for an hour or so (I didn’t use the plural here on purpose), but it becomes quite obvious that this is a marketing stunt for a gaming company. So much so it was going to be carried into orbit by the owner of the gaming company. I won’t name him or the company as I don’t feel he deserves recognition for this as an archive or anticryptography effort.

There was a domain registered at operationimmortality.com, but according to the Way Back Machine (a real archive effort that we should all be glad exists) the website just redirected to a gaming company website over it’s limited life of 11 years. I’ll bet in the next few years the domain will expire and be available for purchase for a modest sum.

Overall this is seems like a marketing stunt by a game designer, probably to drum up sales enough to offset his space tourism costs. That may have been the only thing successful in the whole story.

The drive is mostly likely unusable today and the data had a life span that most dog owners would not wish on their pets. Calling it “Immortality” anything was nothing but hubris.

Nothing of note here really. Like I said above, cloning Dr. Hawking would not even begin to recreate his achievements. Cloning the Playboy model and pro wrestler might get close to their achievements, but so could walking down the street looking for “talent”.

Saving something of Humanity: F-

Increasing the noise on the Internet: A+

12 years later and this thing comes up. What the hell? It was a stunt and of little value outside the revenue of a single company. I find it disturbing that noise like this doesn’t decay and go away. In the future we may have so much noise that actual signal can never be found.

This has me thinking that part of Anticryptography might be blocking bad information, or at least dampening information of little value. Both humans and machines can only digest so much information in a given span of time. If we need to digest information before we can judge it’s value, the best data gets diluted by the weakest.

I haven’t seen value in detracting from data, but am now starting to. There is so much noise and so little signal it may be more important to decrease the noise than making the signal more survivable. Taking this mission on as members of society may be how we save society. This is something I will need to ponder on.