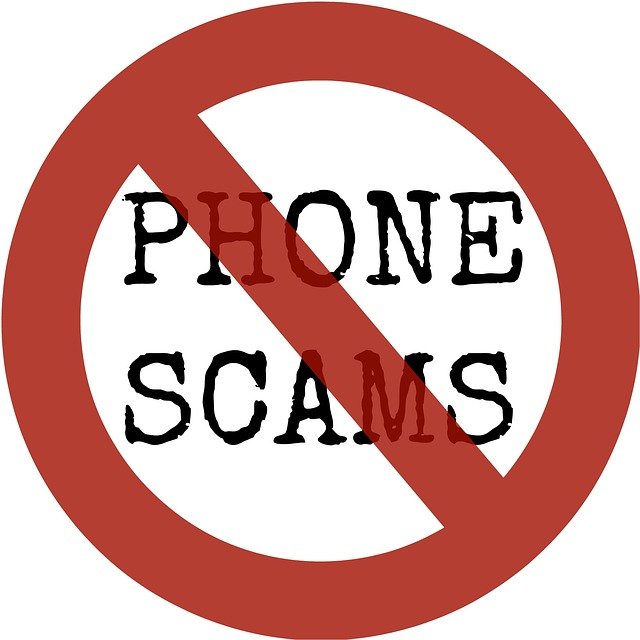 Scams, they are all scams.

If you have followed any of this blog you will know I’m a advocate for information being extended through time and space. While it is a general good, I’ve been reconsidering if all data should enjoy the same effort. Today I have had one too many cases happen to me where it some things just need to be stopped.

I have watched this word progress through it’s different meanings. From it being something we ate at my grandparents house, to a skit from Monty Python, and finally as referring to unwanted solicitations. In the early days of the Internet spam was often handled by people on big nodes replying with incredibly large attachments. With a few people taking a small amount of time the spammers could be crushed and taught not to send unsolicited emails ever again.

The problem is that a few of the spammers hit so many people and figured out how to avoid the responses that it became popular and profitable. No longer could I send 2MB of numbers from a random number generator and increase the cost to where the perp wouldn’t do it again. When the scales tipped in that direction spam became a big problem.

We’ve seen a lot of changes since 1994 when Canter and Siegel shifted spam from being annoying to a plague for all of mankind. That first email spawned industries that now include calls to our houses and mobile phones. Now the email spam is almost considered a nice way to market to people (hint, it isn’t).

Today we get robocalls, that used to be illegal in some states. Apparently there is enough money in it that the robocall industry lobbied Congress to make it legal across the country. Now many of us get 3-4 calls a day. Here are few of the worst offenders from my sample of 2 phone numbers.

I’m sure there are more and all of these are scams. A few of them offer a product, but pretend to be related to a legitimate service so that you will buy something you don’t need. Others are trying to steal from you.

The problem with all of these is that there is little downside for the people doing it. You often get a call with a recording. Most recipients don’t pick up or quickly hang up. This let’s the call center call another person quickly. When someone actually does respond for more information the likelihood of closing a transaction is high enough to justify the human getting involved.

For the most part legitimate organizations don’t do this, or if they do they apologize when confronted and put you on a do not call list. The organizations that are selling questionable products or are out right scams though just call again and again. They hope the next person who picks up is more gullible. Unfortunately it works and often hits our elderly citizens hard.

So why does this work? It’s basically about numbers. If a straight cold call averages 10-20 seconds for a fail they can dial for donuts almost 1500 times a day. Have the computer do the first pass and it can do orders of magnitude more. So just making your phone ring is almost free these days.

Let’s say they spend 5 minutes on the 90% of the people that refuse the offer, and 30 minutes on the ones that accept. That means with a computer’s help they can close a handful of these offers in a day. The sad fact is that they don’t even spend a minute on the 90% of refusals and that let’s them hit even higher numbers to shake down.

Even if they only get $15 for each case it is still a good living in many countries. They don’t get that little though. The one that called me today wanted $150 deposit for that vacation plan. If they get 10 of those a day it’s real money per slime bucket behind the phone.

These aren’t independent operators scamming you though. They are sitting in boiler room sweat shops and have to make numbers for their employers. If they don’t reach quota they most likely will be fired and have to find real work to do. The problem is a small shop of 10-100 scam callers, some equipment and a script will net some of these organizations millions of dollars in a week. Big enough that copy cats pop up everywhere.

Teaching people to not deal with these scams has failed. Even if only 1% of the population fall for these things it is still a herd of 3.3 million people here in the US to pick from. Based on the math from above, the scammers can cycle through enough numbers in a day to get 10 possible victims. No, we have to change the equation from ignore back to attack. Just like the early Internet self corrected spam by overflowing a mailbox/connection, we as a society need to make the math stop working.

We don’t even need a lot of people to do it. Let’s say 10% of the population takes one of these scam calls a day and just let’s them ramble on for 15 minutes. At 10% of the population that is at least 10 times more people wasting 15 minutes than victims. The scammers numbers will drop by at least 50% and in some cases closer to 90%. The best part, it makes the scammers job awful and hopefully they go and find decent work that helps society.

Think this doesn’t work? Let me introduce Kitboga who does this like a big game hunter and posts it on YouTube. He pretends to be a gullible elderly person and leads them down the garden path for hours. Below you can see 10 hours of stringing a horrible scammer along condensed down to 30 minutes.

Normally I would consider what Kitboga is doing obnoxious, but he is doing it to someone that deserves it. At the same time Kitboga prevented dozens of other people from being scammed that day by this jerk. More power to Kitboga!

While Kitboga is the nuclear bomb in the mine field, he is only making a dent in the problem. I’m not sure YouTube can support more than a dozen people to spend days doing this hours long speed bump, but it displays how effective one person can be. “Steve” in that video probably did his health no favors on this call.

What can you do?

You don’t have to be the next Kitboga to make a difference. I just let them go on and on until I need to do something else. If I’m driving for 30 minutes the caller might get enough of a response to keep them on the call for the rest of the drive. Other times I let them go a little ways while I’m doing something else and when I’m done I tell them how I feel. Normally amounts to calling the scam for what it is and asking them if they are proud of what they are doing. It is surprising how irate they can get from that little interaction.

If these workers tend to get frustrated it will hopefully drive up the cost of the labor (I know that is wishful thinking, but I can dream). Even if it doesn’t, just dropping the number of times they can reach out to a victim in a day is a service to society. Consider it volunteer work, like picking up garbage on the side of the information super highway. If enough of us do it, we will have a better world for everyone.